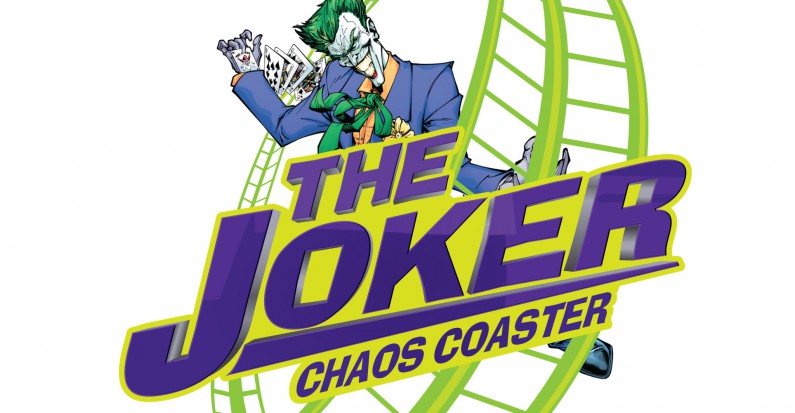 AUSTELL, Ga. — August 28, 2014 — A full season of chaos, mischief and mayhem are on tap, as Six Flags Over Georgia announces two new devious rides that will wreak havoc in the park for the 2015 season. The park’s 12th roller coaster, THE JOKER Chaos Coaster, along with Harley Quinn Spinsanity, will debut as Gotham City’s newest challenges.

“We are excited to introduce two new high-thrill attractions to our collection of world-class coasters at the park,” said Six Flags Atlanta Properties park president Dale Kaetzel. “Gotham City is one of the park’s most iconic and popular areas and this multi-million dollar expansion will help create a day full of fun and exciting memories for all of our thrill seekers and their families.”

With its unique seating pattern, THE JOKER Chaos Coaster joins the ever-popular BATMAN™: The Ride and Mind Bender roller coasters in Gotham City and will feature:

• A “face-off” against each other as the train’s twenty-four riders begin their journey
• The train rocketing up seven stories high
• A glide, both forward and backward, through a bedlam of loops
• A suspended upside down roll, 72 feet in the air, for a ravaging thrill

A second new attraction, Harley Quinn Spinsanity, will also be introduced in 2015, sending riders spinning, twisting and rolling through a cycle of classic fun in Gotham City. The park’s two new attractions are expected to open in late spring 2015.

For more information about upcoming 2015 Six Flags rides and attractions, including a highlight video, visit www.sixflags.com/2015news.